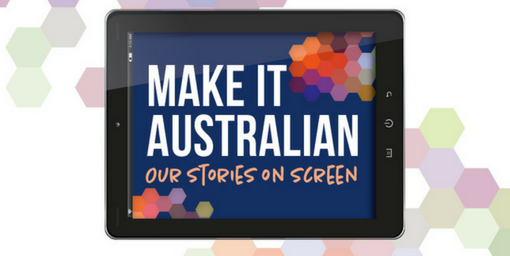 Dozens of Australia¹s best-known and most successful actors, directors, screenwriters, producers and production crew including 15 Oscar winners ­have penned an open letter calling on the nation¹s parliamentarians to protect the local screen industry and to act now to ensure it thrives into the future.

It has been released amid fears that the Turnbull Government is planning to slash the local content quotas for television drama and children¹s television.

In the letter, the signatories urge politicians to commit to growing the screen industry and ensuring it can compete internationally.

Our ability to keep telling Australian stories on screen is at risk, our voices in danger of being drowned out by a deluge of overseas content,² they write.

And if our nation¹s stories aren¹t told, they die. And when they die, future generations won¹t know who we are and what makes us us.²

They are calling on politicians to help the screen industry in three ways:

2.     To introduce competitive tax incentives so Australia can compete globally for film and TV productions;

3.     To ensure public broadcasters and screen agencies are well-funded so they can continue commissioning ground-breaking new content.

The organisations behind the Make It Australian campaign are concerned that the Turnbull Government is planning to reduce or abolish the local content quotas for drama and children¹s television.

There has been bipartisan consensus in support of the quotas since the 1970s, but the free-to-air commercial TV networks have lobbied for them to be axed.

Already over the past three years, investment in Australian drama by commercial broadcasters has fallen by 30%, and if their reduced quota model had been in place in 2016 it would have meant a loss to the industry in that year of 40% of drama hours, $125 million in budgets, and 3500 jobs. Similarly, abolishing children¹s quotas would mean no Australian children¹s content on commercial television.

The Make It Australian campaign is also calling for reform to the tax incentives for the screen industry, including harmonising the producer offset at 40% and increasing the location offset from 16.5% to 30%.

The full open letter is available at makeitaustralian.com/news/open-letter or below.

WE are storytellers ­ writers, producers, directors, casts and crews who make screen stories that honour past Australians and connect present and future generations to our history and to our values.

YOU are elected representatives ­ the custodians of Australia¹s stories, our unique culture. You create the environment within which our nation¹s stories thrive or die.

Ours is a partnership. And we need your help.

Our ability to keep telling Australian stories on screen is at risk, our voices in danger of being drowned out by a deluge of overseas content.

And if our nation¹s stories aren¹t told, they die. And when they die, future generations won¹t know who we are and what makes us us.

Then we can compete. Australians telling the diverse stories of our people, our country.

We call on parliamentarians, the custodians of our uniquely Australian stories, to commit to growing our screen industry so that our Australian stories will be told to our children, grandchildren and the generations of Australians that follow.