ACCC authorises arrangements for the distribution of retransmission royalties to directors 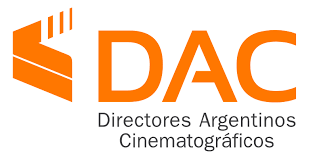 The ACCC has granted authorisation to the Australian Screen Directors Authorship Collecting Society Ltd (ASDACS) to make its membership conditional on directors assigning to it all of the copyrights they have in relation to the retransmission of the non-commissioned films they direct. ASDACS is a copyright collecting society that administers and distributes royalties to screen directors for their audio-visual productions. The arrangements will assist ASDACS to claim royalties for its member directors by preventing those directors from assigning the copyrights to another party.

The ACCC grants authorisation for five years, until 19 September 2025.

The ACCC considers that the arrangements are likely to result in public benefits through improved negotiations regarding the relevant copyrights and reduced administration costs associated with claiming royalties for the relevant copyrights and distributing it to directors. The ACCC considers the arrangements are likely to result in some limited detriments, for example for directors who wish to retain ASDACS membership but not assign all or some of the relevant copyrights to ASDACS, but that any such public detriment is likely to be limited, and further notes that no directors raised concerns about the mandatory assignment of rights to ASDACS as a condition of membership.  Directors would also be free to resign from ASDACS and require reassignment of their copyrights.

Authorisation provides businesses with legal protection for arrangements that may otherwise risk breaching the law but are not harmful to competition and/or are likely to result in overall public benefits. In this instance, ASDACS’ director members may be in competition with each other, for example, to obtain contracts with film producers.